Kathmandu, Oct 1: The world is celebrating the International Day of Older People with the theme “Year of Nurse and Midwife” focusing on the contribution of health professionals during the time of COVID-19 pandemic. The slogan of this year is “Pandemics: Do They Change How We Address Age & Ageing.” As the senior citizens are the most vulnerable to the COVID-19 pandemic across the globe, the role of healthcare workers in contributing to the health of older persons is valuable. Every year October 1 is marked as the International Senior Citizens Day to ensure human rights, economic empowerment, social dignity, good health and security of the senior citizens as well as to highlight their contributions to the society. 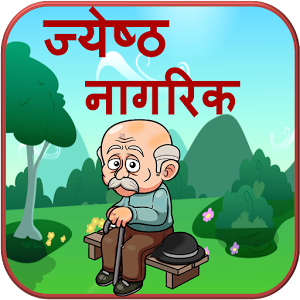 The day is dedicated to raise awareness about issues faced by the elderly such as senescence and elder abuses. It also honours the older people’s contributions to the society, said president of National Senior Citizens Federation (NSCF) Madan Das Shrestha.However, social security of elderly people in Nepal needs further clarity. The government provides social security allowance to the older citizens aged over 70 years, but old people are categorised from the age group of above 60 years.

Shrestha said that the support of Rs. 3000 provided to elderly aged above 70 years by the government is manageable but the population of older generation aged between 60 and 69 years also need to be addressed. The government has decided to build geriatric wards for older people with 24 beds (where?), but there are no specialised doctors for the treatment of such a population,” Shrestha said.
There are only eight geriatricians (geriatrician is a primary care physician who specialises in treating conditions that affect older populations) in the country, but four of them are abroad and only four are not sufficient to look after all cases. “Older people mostly suffer from various diseases like diabetes, arthritis, kidney and bladder problems, Alzheimer’s, lungs and cataracts, but there is no specific doctor in the country to look after all these issues,” Shrestha said.

He also said that the ambulance service was the most important of all care home providers, but none of them have the ambulance and emergency services. Spokesperson at the Ministry of Women, Children and Senior Citizens Tek Ram Niraula said that the government was going to construct a senior citizen hospital in Gothatar, whose DPR will be ready within this year.

Talking to The Rising Nepal, Vice president of NSCF Ambika KC said social awareness was a must to make older populations feel safe in the society. She said that the government should address the problem faced by the senior citizens during the time of pandemic. Nepal’s ageing population is growing with 8.13 per cent of total population aged over 60 years. According to the 2011 census report, more than 2.7 million citizens in Nepal are elderly.

Hearing Of Writ Petition Against Appointment Of Gautam As NA Member…

COVID-19 Restrictions Give Wind To Kite-Flying