Pokhara Tourism Gets New Lease Of Life From Domestic Visitors

Along with the resumption of hotel business after Dashain festival, the city has started looking colorful as the domestic tourists, in numbers, are seen paragliding in the sky.Even though the Tal Barahi Temple, located at the heart of Phewa Lake, has been closed there has been a significant increase in the number of people boating on the lake.

Ganesh Bahadur Bhattarai, a pioneer tourism entrepreneur of Pokhara, said that small businesses were being displaced. “The government couldn’t provide any incentives to the tourism sector to recover from the loss caused by the pandemic. As the government is our guardian, it should have brought policies and plans to manage the tourism sector amid the pandemic,” he said.

“People who come to the Pokhara valley by selling their properties in villages to conduct tourism business are on the verge of being displaced. The government and private sector hold an important responsibility to prevent people from unemployment and other problems in the days ahead,” Battarai added.

Meanwhile, Bikal Tulachan, Chairman of Paschimanchal Hotel Association, said that although the flow of tourists post-Dashain was not up to the mark, the inflow of domestic tourists had somewhat aided in resumption of business. Tulachan complained that the government had not been able to execute the monetary policy properly.

“The entrepreneurs are suffering from huge economic burden at this moment. The government should address their problem immediately. Providing relief to them after they choose other alternatives doesn’t make sense,” said Tulachan, adding, “The banks and financial institutions have been charging interests, the central government has been urging to resume businesses but the State government lacks an action plan to resume business amid the pandemic. There’s no effective coordination between the governments.”

Chairman Tulachan said that the current scenario was just a ‘wait and see’ situation for tourism entrepreneurs in Pokhara. “We’re hopeful that business would gain momentum after some time.”Tourism entrepreneur Naresh Bhattarai, who is also the director of Mount Kailash Resort, said that the subsidies promised by the government should be provided soon.

“Stating the relief plans in papers is not enough. If the tourism industry sinks, banks and financial institutions will also sink with it. If the tourism economy collapses, the entire economic regime of the nation will collapse and the government will also have to face the unforeseen consequences,” said Bhattarai.

Likewise, Sushil Poudel, chairman of Trekking Agency Association of Nepal (TAAN), said, “The investments made by targeting Visit Nepal Year 2020 are collapsing. Now we should work to change the challenges into opportunities.”
“The investments made in the tourism sector must be secured. The government must come up with investment-friendly economic policies. Making the tourism industry strong would eventually help in making the nation strong,” said Poudel.
Stating that the implementation of the monetary policy was ineffective, Poudel said that the State and local government should work in coordination to ensure the mobility of tourism sector.

A total of 12 associations have been registered at the Pokhara Tourism Council, an umbrella organisation of tourism associations. Many have benefited from it and many have received employment opportunities from it. 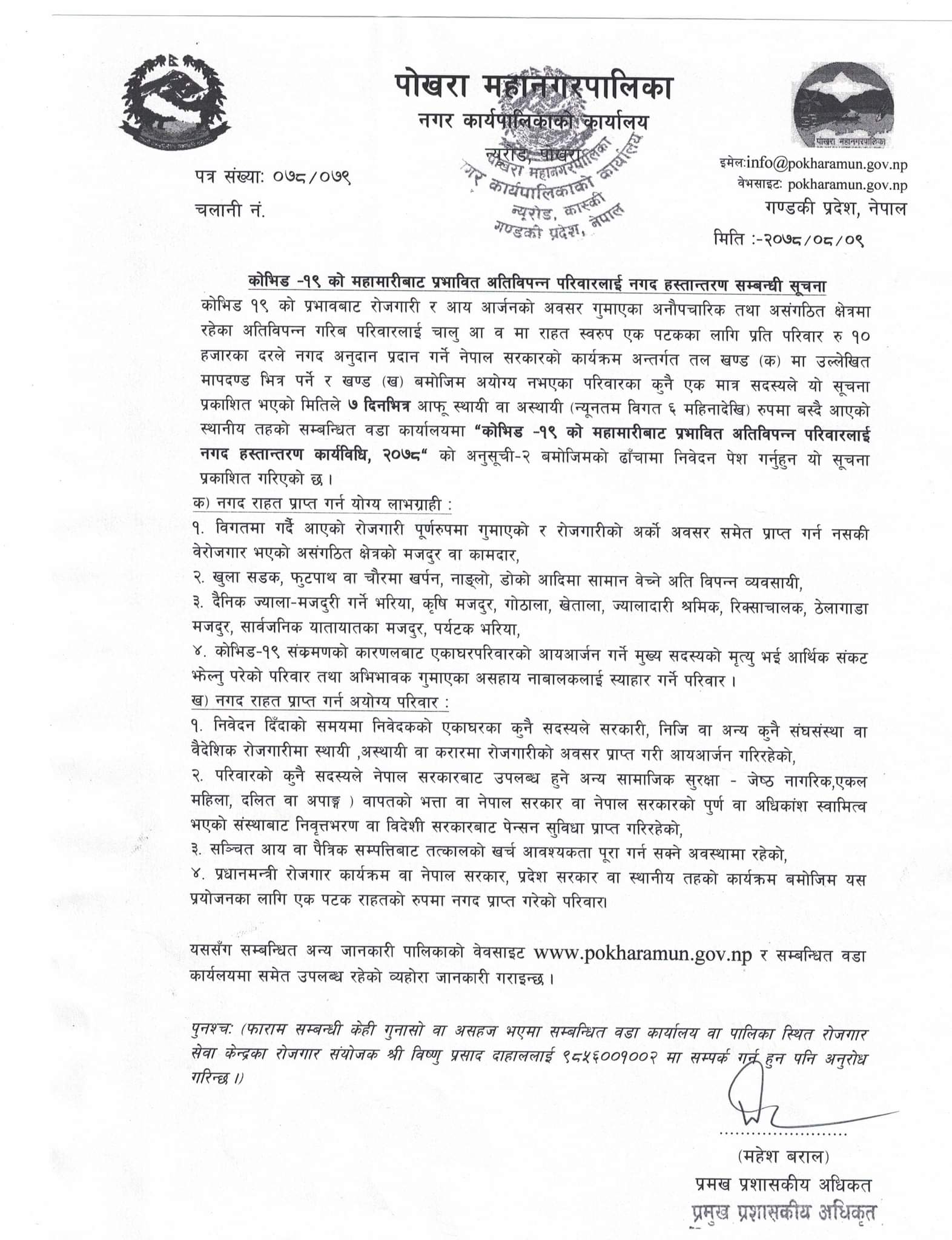