Kathmandu, Mar. 11: Mahashivaratri, one of the biggest annual festivals celebrated by Hindus in honour of Lord Shiva, is being observed on Thursday across the country and beyond. It is a night of fasting and prayer — all dedicated to the Lord. There are countless Shiva temples throughout the country where the festival is observed with religious ritual and piety.
On this auspicious day (and night), devotees, from near and far, and rich and poor, throng the temples. The day is also celebrated as the Nepali Army Day, when the army personnel put up an impressive show like music and dance honouring the Lord at Tudikhel. 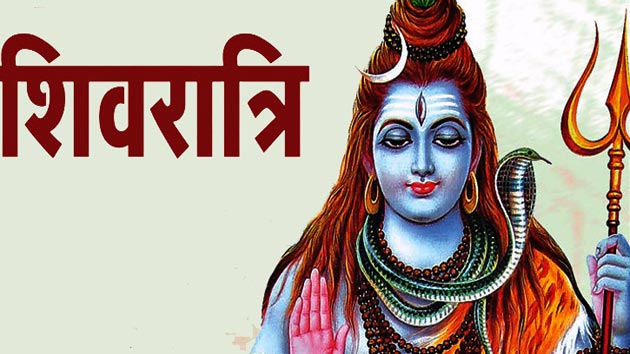 One of the most well-known such temples is Pashupatinath which normally sees over a million devotees — from home and abroad — coming to seek blessing from the Almighty. However, unlike in the past, the temple is not well-decorated. The effect of coronavirus pandemic is visible there too.

That said, one can see countless holy men, devotees, beggars and all sorts of people along the roads leading to the temple, as well as in and around the shrine. Vendors selling puja paraphernalia, including rudraksha beads (considered sacred) seem to be enjoying brisk businesses.On the auspicious day, married women pray for the well-being of their husbands and families, while the unmarried ones do so wishing for an ideal partner like Lord Shiva.

Nearby the temple, several organisers have set up their stalls to distribute free meals as offerings to the Lord. Devotees are seen snaking their way towards the temple. In addition, stalls providing free health check-ups, reciting devotional songs dedicated to the Lord, among others dot the temple premises.One popular legend has it that Mahashivaratri is the wedding day of Lord Shiva and Goddess Parvati. It goes on to mention that He performed Tandava, the dance of the primordial creation, preservation and destruction on this auspicious night.

Another one, recorded in Linga Purana, says that it was on Shivaratri that Lord Shiva manifested himself in the form of a Linga for the first time. Since then, the day is considered to be extremely propitious, so Shiva devotees celebrate the day as Mahashivaratri — the grand night of Shiva.Outside the valley, a big fair is organized at Haleshi Mahadev of Khotang district, Riseshwor Mahadev of Dolakha and Arjundhara temple of Jhapa.Haleshi Mahadev is popular among Kirants, Hindus as well as Buddhists.